The largest city in Scotland, Glasgow has become a true hub of culture, student bars, music, food, and arts.

While trying to shake off its reputation as a “mean” city, it’s maintained its humour and charm, making it one of the most fun cities in the UK. Plus, a perfect place to be a student.

You can’t help but smile when walking down Sauchiehall Street on any given day, walking past everything from acoustic buskers to bagpipers to a middle-aged man dancing with his shirt off. This is Glasgow, and newcomers will quickly learn that the city has a personality of its own.

Weather permitting there’s always something to do outdoors, and a true Glaswegian takes advantage of sunny days.

Luckily, the city has plenty to offer for when its raining as well. 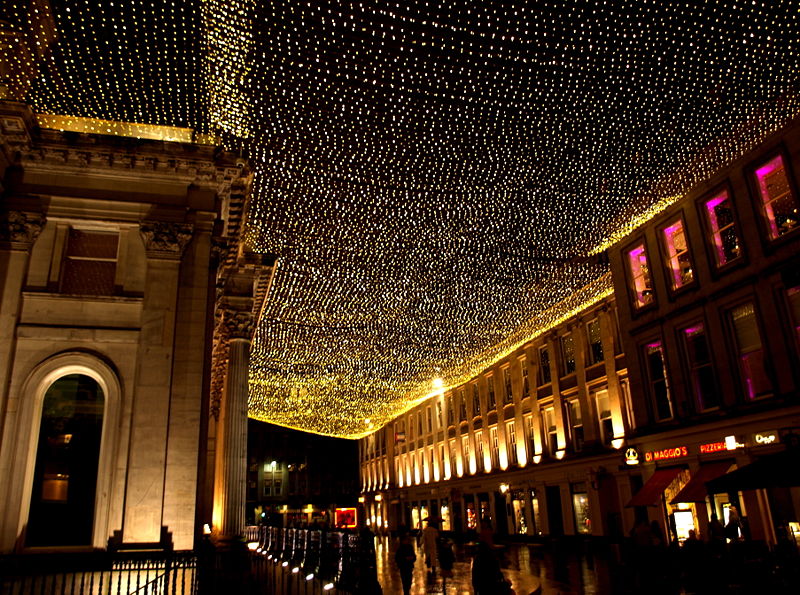 Move over, Edinburgh. When it comes to culture, Glasgow is Scotland’s real capital.

Music: Culturally, this is where Glasgow’s night life really thrives.

Clubs: With five universities, three colleges, and an art school, there are plenty of students to fill up clubs. If you want to you will find something to do, any night of the week.

Student Bars Glasgow: I’m going to list a few of the best and most popular student bars, but a quick side note – lots of these places offer club nights as well in their basements (almost always free for students!) as well as gigs and events.

In addition to the plethora of nightlife, as a student in Glasgow you will, at some point, need to complete a Sub Crawl. Find a group of friends, buy an all-day subway ticket, and make your way around Glasgow via bars and pubs. Up for the challenge?

Places to Eat in Glasgow

For when pizza just won’t cut it anymore…